The culture of ad agencies has long been ripe with sexist behaviors. Mad Men’s depiction of what the “office” was like wasn’t a farce.  It was dead on. Fifty years later more women are working in ad agencies but not as creative directors and executive levels allowing some of the same sexist behavior to continue as white men are still running the show and in positions of power. Some brands, such as Pepsico are starting to wake up and demanding to see more women in the room as they recognize that 85% of their customers are women.

Menstruating? Take A Day Off!
British company offers women time off during their periods
Sex and Gender
From TIME | Sarah Begley 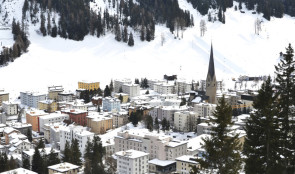 Get Your SoCCs On!

The disclosure of systematic cheating by one of Germany’s most iconic companies has shaken Germany's conception of itself as well as its claim to moral leadership...
From CNBC | Kalyeena Makortoff
Business

All You Need To Know About The VW Scandal

CNBC's Kalyeena Makortoff gives a breakdown of the Volkswagen emissions scandal and what it means for the company, the U.S. government and you.   Read more at...
Load more