John McEnroe spent years on professional tennis courts winning and antagonizing people with his boorish bad boy antics. Having retired many years ago he now is once again trying to become relevant by writing a memoir called “But Seriously.” On Sunday in an interview with NPR he once again proved his reputation was well earned when during his interview he was asked about Serena Williams and her standing in the tennis world.

Garcia-Navarro: We’re talking about male players but there is of course wonderful female players. Let’s talk about Serena Williams. You say she is the best female player in the world in the book.

Garcia-Navarro: Some wouldn’t qualify it, some would say she’s the best player in the world. Why qualify it?

McEnroe: Oh! Uh, she’s not, you mean, the best player in the world, period?

Garcia-Navarro: Yeah, the best tennis player in the world. You know, why say female player?

McEnroe: Well because if she was in, if she played the men’s circuit she’d be like 700 in the world.

Serena who is no stranger to the misogyny in women’s sports reacted with her usual class and aplomb and tweeted:

McEnroe went on to say that he thought he could still beat her… John McEnroe is sixty years old. But hey he thinks he’s still got it. I said “metoo” during professor Anita Hill’s testimony against then-Supreme Court nominee Clarence Thomas more than 25 years ago. But I was not allowed... 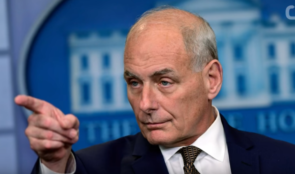 In forward-looking America, history is sometimes regarded as a roadblock to progress, a nuisance. And that, as has been repeatedly proven, is a mistake. Why... “No, please, don’t.”  That is what I used to say gently and politely to unwanted passes from men when I was a young single... I don't know any professional woman who has ever been at a meeting with men who hasn't had the experience of being ignored and... 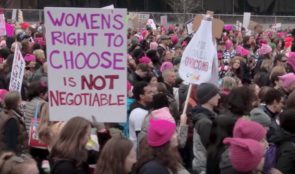