Any woman who has taken oral birth control likely knows that you don’t have to take the final week’s worth of tablets at the end of each month because these pills don’t contain hormones. What many women don’t know, reports Leila Ettachfini, is why these inactive tablets, which trigger simulated periods along with fun menstruation-related symptoms like cramping and diarrhea,” were added in the first place.

“If you’re on the birth control pill, you’re most likely going through withdrawal bleeding once a month. But there’s no medical reason for having a simulated period every three weeks,” notes Ettachfini.

In fact, gynecologists have deemed “withdrawal bleeding” medically unnecessary for years now. So why the hell are women being forced to bleed every three weeks, if they don’t have to?

According to Jonathan Eig, it has everything to do with church dogma surrounding the so-called natural approach to birth control, also known as “rhythm method.”

John Rock, one of the scientists who helped develop the pill, was a devout Catholic, and he thought this simulated period would help the Catholic Church accept the pill as another form of “natural” contraception. 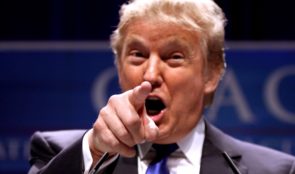 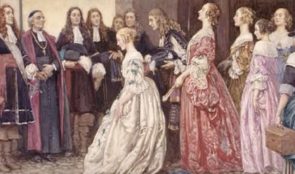