Destiny Tompkins is working her way through college. Up until last week, she was employed at the Banana Republic in the very tony Westchester Mall in White Plains, NY.  She quit after being told by her white male manager that her hair which she had styled in beautiful box braids adorned with small flowers was “too urban” and “unkempt” and that in order for her to continue to work at the store she would have to take them out.

Tompkins posted a full accounting of what transpired on her Facebook page,

When I tried to explain to him that it was a protective style for my hair bc it tends to become really brittle in the cold, he recommended that I use shea butter for it instead. I have never been so humiliated and degraded in my life by a white person. In that moment, I felt so uncomfortable and overwhelmed that I didn’t even finish my work shift and ended up leaving. When my friend’s mom called the store to find out my manager’s last name (only been working there a month so idk it), he refused to give it to her. Box braids are not a matter of unprofessionalism, they are protective styles black women have used for their hair and to be discriminated against because of it is truly disgusting and unacceptable.

Her post went viral and very quickly the Banana Republic realized they had a public relations nightmare on their hands. I called the store and they were very clear they understood why people were upset and that they were dealing with it and would be responding to the controversy very quickly.

Last night they fired the manager in question and released the following statement. 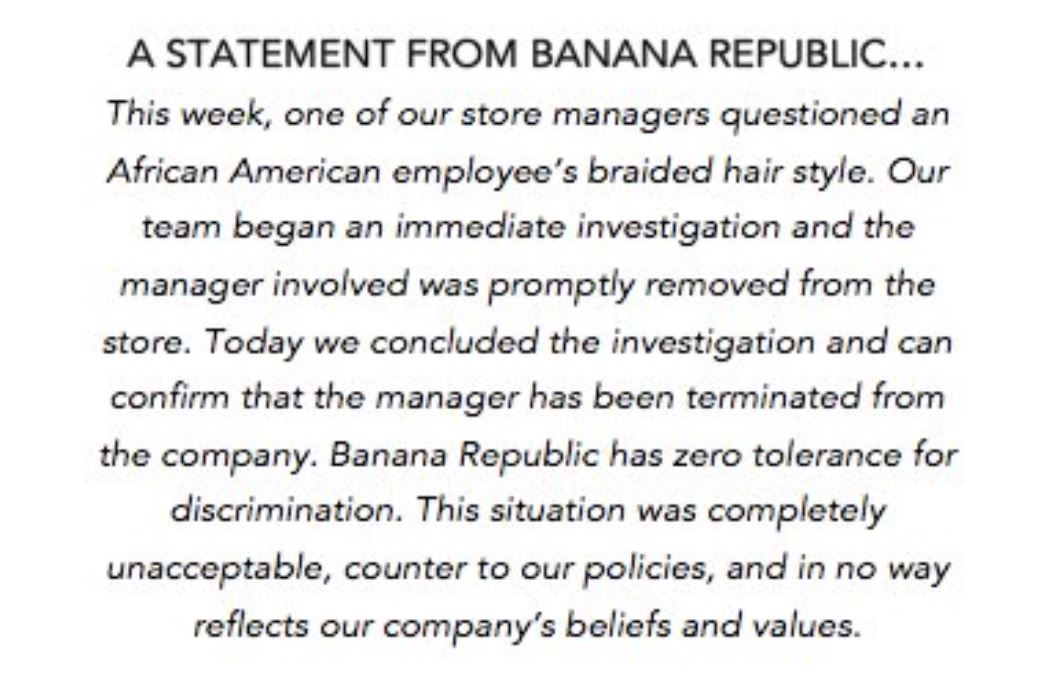 I congratulate the Banana Republic for acting swiftly.

The racism that is so deeply embedded in our society continues to ooze out as white males continuously express their privilege and entitlement in clueless and harmful ways.

Brava for Destiny for standing up. Issues Of Race And Justice Are Once Again Ignored
Look for things to get worse not better
Justice
From Roll Call | Mary C. Curtis 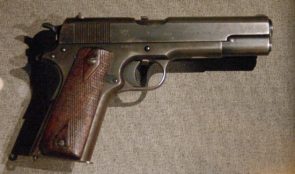