Despite the irreversible developmental and neurological effects of lead documented by decades of studies, still no federal agency tracks lead contamination in the U.S,

When it comes to tracking lead, a former chair of the EPA’s Drinking Water Committee says the federal government in not “doing an adequate job,” writes Julia Lurie.

The Flint has scientists concerned that other lead water lines will be a major source of exposure, especially in cities and towns with aging infrastructure. 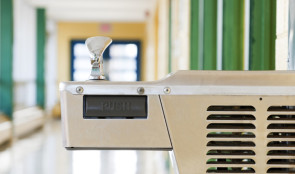