Amy Winehouse died five years ago from alcohol poisoning after having suffered for years from drug and alcohol addiction.  She was just 27 years old.  As a tribute to Amy and to offer aid to other young people caught in the web of abuse, her family started the Amy Winehouse Foundation. One of the foundation’s missions is to: “To inform and educate young people about the effects of drug and alcohol misuse, as well as to support those seeking help for their problems and those needing on-going support in their recovery.”

And five years later after its creation, they have opened Amy’s Place.  It is a housing facility located in East London and it is just for women who are recovering from drug addiction. Live From The Resistance, It’s The Grammys 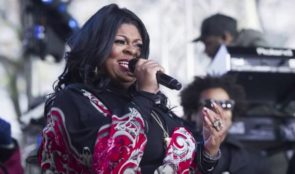 I hadn't heard of gospel singer Kim Burrell until today. I have heard and respected many of the artists that she has worked with...
From The Guardian | Alice Ross
Obituaries

Pop idol and superstar performer George Michael, who forged a career as a successful solo artist after a wild ride with Wham! in the '80s,...
Load more