Since the end of last year, the economy has added over 1.3 million new jobs.  This past month the number was far higher than the analysts had predicted coming in at 255,000 new jobs compared with the 180,000 that had been predicted.  Numbers for the past few months have also been revised upward.

Wages have also risen by 2.6 percent over the last year. 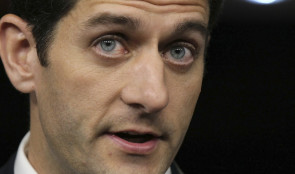 From The Hill | Jesse Byrnes
Politics

Trump Says Not To Worry, We Can Print The Money

All former Presidents, Congressmen and women, Senators, all of them and most of the country didn't realize how easy it was for the country... The number of jobless claims has fallen to 247,000 and it is the lowest it has been since 1973.  Jobless claims indicate that employers...
Load more