I discovered Sayantani Dasgupta’s debut essay collection, Fire Girl: Essays on India, America, and the In-Between by way of social media and also from a need to connect to other authors of the Indian diaspora who live in America, as I do, and who juggle multiple worlds in their writing, as I often do.

Most immigrant writing, especially Indian, wrestles with identity, loss of home and homesickness. Sayantani’s work certainly delves into this but focuses more on the mythology and exoticization of India, the so-called ‘charm of India.’ Her essays are personal, and at times immediate, urgent, cloaked in nostalgia for her grandparents and the rituals of a Hindu Bengali family before circling back again to the personal stories of a contemporary Indian woman at a crossroads, both literally and figuratively.

In Reptilian Brain, for example, Sayantani finds herself cornered near a south New Delhi movie theater bus stop by serpent-carrying godmen who force her, a newly graduated student, to part with her money on the grounds that she will be blessed—a scene in which the power of traditional values and superstition surprise this “new Indian woman” and leave her questioning her own fear and submissiveness.

These telling juxtapositions of a new and traditional India, the role of women then and now, both here in America and back home in India, recur throughout the essays in this collection and make for a fascinating and, at times, tense read.

Born in Calcutta and raised in New Delhi, Dasgupta now teaches at the University of Idaho. She is the author most recently of The House of Nails (Red Bird Chapbooks), and her essays and stories have appeared in The Rumpus, Phoebe, Gulf Stream and others as well as the nonfiction editor for Crab Creek Review. Dasgupta’s previous honors include a Pushcart Prize Special Mention and a Centrum Fellowship.

Garnet News: You do such a great job with the “mosaic” or “braided essay,” one in which alternating “threads” or “through-lines” advance the story. Whose work has influenced you in your writing?

SD: I am lucky to live in what I think of as the “golden age” of the essay. I simply cannot name all the essayists whose work has informed mine but here are a handful — Kim Barnes, Joy Passanante, Brandon Schrand, Roxane Gay, Philip Lopate, Stephen Kuusisto, Abigail Thomas, Peggy Shumaker, Anthony Doerr, Aurvi Sharma. I love their unique voices, their ability to take varied subjects, bind them together and make them relatable to the reader.

Garnet News: How did Fire Girl start out? As a bunch of individual essays, or did you always see it as a collection?

SD: Thanks for this great question! It makes me chuckle as I remember all the avatars of Fire Girl. The earliest version dates back to 2010, which was just a year after I graduated with my MFA degree. I sent it out to agents and presses and it swiftly got rejected. The rejections were heartbreaking. Still, I kept working on individual essays. Seeing them in print always brought on a huge sense of accomplishment, and about two years ago, I again started putting together a manuscript and a proposal, this time with far more focus and interconnected themes and links.

Garnet News: How has the publishing with Two Sylvias Press been?

SD: Absolutely wonderful! I could not have asked for a better press for my debut book. Co-founders Kelli Russell Agodon and Annette Spaulding-Convy have been so patient, timely and efficient. They did an amazing job editing and turning my manuscript into a gorgeous book. With a larger and older press, I would have had more marketing help but Two Sylvias Press was very honest and upfront with me right from the beginning.

Garnet News: What is the essence of Fire Girl?

SD: Complexity. I think too often when we look at the Other, whoever the Other might be, we give these people a narrative, a story that’s often very simplistic and cobbled together from images that we’ve been fed by the media, or come from who we are or the circumstances in which we grew up. It’s human nature to begin with the familiar, to piece together the “known” first.

I see my students for three to four hours every week. I imagine their lives based on what I see of them in my classroom. I make the mistake of assuming I know them whereas the truth is that once they are out of the classroom, they are not just my students, but are juggling multiple identities. They are employees, partners, teachers, parents, sometimes grandparents, musicians, artists, addicts, so many things. I learn about their complex lives from the work they produce, which leaves me awed and humbled. I hope while reading Fire Girl, readers will know that these are just the stories of one person, and while we may share some commonalities, I hope it serves as a small reminder that everyone’s life story is complex and different.

Garnet News: In Goddesses, you talk eloquently about Durga Puja and the goddess having many roop, or forms. What do you want the readers to absorb when you write of a culture that is primarily alien to them?

SD: Empathy. Curiosity. The desire to read and discover more and to not buy whatever popular media is shoving down their throats. My sincere hope with Fire Girl is that readers will consider diving into works by authors from the farthest-flung corners of the world. Last year, I only read female authors from countries I didn’t know a lot about. On that note, if you haven’t read Sonali Deraniyagal’s memoir, Wave, you must!

SD: Before entering my creative writing program, I wrote whenever I was struck by the mood or when the day “felt” right. The piece of advice that completely changed my outlook was given to me by my professor and mentor, the Pulitzer-Prize nominated writer, Kim Barnes. A few months after I graduated with my MFA, Kim asked me what I was working on and I said I hadn’t written in weeks because I didn’t have the time. Kim responded that as long as I only wrote on days that were “perfect” or when the conditions were “ripe,” or if I continued to think of writing as a hobby, one that I could pursue only when I had free time, I would never get anything done. She encouraged me to think of my writing as my primary work.

Garnet News: What was the last nonfiction book you read that stayed with you? Why?

SD: I just finished reading The Sound of a Wild Snail Eating by Elisabeth Tova Bailey. I could never have imagined that reading about someone’s pet snail and its eating habits could be so wonderful and meditative. There is a beautiful word in Hindi, thehrav. It means rest and stillness, but not in a bad way. Bailey’s book was very much like that for me.

Garnet News: So what’s next?

SD: I am working on two novels and one collection of short stories. The first novel emerged out of my irritation with the fetishization of yoga, Namaste, and all things Indian that I often see in America. Once, someone came up to me and gushed, “I love Ganesha. She is lovely.” My novel (in progress) is a tragi-comedy about a con man who pretends to be a guru so he can ensnare rich tourists.

My second novel (in progress) is about a sixteen-year-old Sikh girl growing up in America. She loses her brother to a hate crime and has to figure out how to keep her family together while secrets start spilling out everywhere.

The story collection features a female protagonist as a mother or wife or sister or neighbor who does something terrible in each of the stories. I’ve had a lot of fun figuring out what drives these women, their actions and the repercussions.

Fire Girl by Sayantani Dasgupta (www.sdasgupta.com) is now available from Two Sylvias Press and online book stores such as Amazon and Barnes and Noble.

Poets Kelli Russell Agodon and Annette Spaulding-Convy cofounded Two Sylvias Press six years ago with the idea that ‘great writing is good for the world.’ They publish poetry, essays and memoirs primarily by new and up-and-coming authors. www.twosylviaspress.com 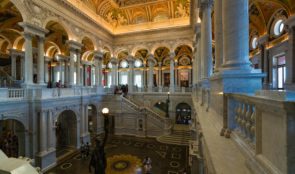