The City of Berkeley California passed a soda tax that went into effect in May of 2015. Since then a study has shown that consumption has dropped by a whopping 22%.  While it may be a combination of the increase in cost and the campaign associated with new tax it had its desired effect.

Kids and adults nationwide drink too much soda and as doctors and nutritionists work to educate the public about healthy eating habits to counter obesity, sometimes it take hitting one’s pocketbook to get people to wake up.

Read more at the Business Insider

On The Road To Success
You don't have to have all the answers, just follow your passion
Career
Garnet News | Ellison Walcott, Contributing Writer Stress Can Nullify Benefits Of A Healthy Diet What most consumers still don't know is that the overwhelming majority of present-day nutrition studies are funded by the food industry. 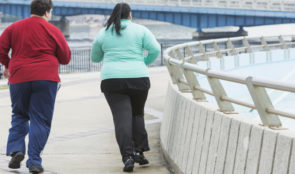 Obesity In America is Easy

Today, the average American male measures 5-feet-9 1/4 inches tall and weighs 196 pounds, up 15 pounds from 1996. For women, the increase has been even more dramatic,...
Load more