Columbine. Virginia Tech. Newton. San Bernardino. Charleston. Orlando. Dallas. The names and places, the lives lost, go on and on. These deaths have taken a terrible toll on our nation, with gun violence quickly becoming an epidemic. According to a recent article in the New York Times, the rate of gun violence in the United States is equivalent to 27 people being shot and killed every day of the year.

In June, Congress was again unable to enact common sense gun legislation that the majority of Americans want. Republican Senator Susan Collins of Maine led a bipartisan bill — one of the many efforts on both sides of the aisle — which called for strengthening background checks and a no-fly, no-buy policy, which means that anyone on the terrorist no-fly list is unable to buy guns. Also included was a “look back” clause, which would have allowed law enforcement to retroactively check the names of new gun purchases against individuals new to the watch lists. And lastly, and most importantly to Second Amendment supporters, the bill included ample protection of due process rights under the law. However, because of pressure from the NRA and others, this law did not pass.

Congress clearly does not have the moral will to create sound public policy that addresses gun violence in America.

So I started to wonder, maybe leaving it to the politicians is not the answer.

While we should continue to seek legal redress, we should also focus on gun violence education in the same way that many organizations have advocated against teen drinking, drunk driving, drugs, and unsafe sex, enlisting parents and teachers in a comprehensive national program to instruct and influence kids at an early age to be safe and smart. In school and at home, on TV PSAs and billboards, we tell our children to “Just Say No,” “Dare to Say No to Drugs,” “No Drinking and Driving,” “Rage Against the Haze (smoking)” and other campaigns. These are now commonplace in our children’s developmental lessons.

But when was the last time you talked to your kids about guns and gun violence?

Do they have programs at your kid’s school about it? In some places, yes, but as a general rule, no. However, in the face of lack of government response, perhaps it will take this kind of two-pronged approach.

Why do I think talking to our children about guns might work, and maybe work even better than any gun law? Stephen Sondheim, in his musical turned film, Into the Woods, wrote the beautiful, haunting, and very truthful song, “Children Will Listen.”

Stephen Sondheim, in Into The Woods, summed it up this way with the insightful lyric, “children will look to you for which way to turn.”

From an early age, as we build in discussions and warnings about crossing the street, talking to strangers, drinking and driving, staying away from drugs, we need to start including conversations about guns, gun violence, and appropriate expressions of anger and anger management. And this isn’t just for gun owners. This is for all of us. Of course, we should discuss the practical and obvious warning with our kids: guns are not toys, don’t play with them, if you see one, tell an adult, etc. Curtailing the amount of time our children stand watching violent content on TV or in movies or playing video games that glamorize gunplay, violence, and death are other steps we can take towards reducing gun violence and educating our children about safe and sane practices.

Lastly, as parents, we should make sure that any guns we do have in our homes are secured, and that they are secured in the homes where our children will visit or sleep over. And I know those may not be easy discussions to have with the parent of your son’s or daughter’s new best friend whom you’ve never met, but nonetheless, it’s a conversation we need to have, a conversation we must have.

Additionally, talking with our own children must include ways in which we can help them deal with guns and anger on a developmental level. Children are inherently impulsive, curious, and often lack the maturity to deal with their own anger in appropriate ways. It’s why you have situations like the one that happened in Tennessee in 2015, when an 11-year-old boy, angered that an 8-year-old girl would not let him see her puppy, went home, took his father’s unsecured shotgun, returned and killed her. It was a horrible and needless death and an incident that took not one life but two. Had the boy been taught other ways to deal with his anger and frustration, and/or had his father’s gun been secured, this tragedy could have been avoided.

It is up to us, as parents, grandparents, aunts, uncles, friends, and teachers, to help children to develop, it is up to us to talk with them about other ways to express anger or frustration. Finally, we must not be afraid to seek mental health care when needed for ourselves and/or our children.

In the case of the Newton shooter, Adam Lanza, his mother was seeking solutions to his mental health problems. However, at the same time, she encouraged him to pursue her own hobby — guns. She took him shooting, collected guns, and had them accessible in her home. Even if guns are your passion, what sense does it make to put a weapon in the hands of a child who struggles with anger management issues, impulsivity, and has severe mental health problems? We as parents, regardless of whether we are for, against or neutral towards gun ownership, must use common sense in how we deal with guns, and how we talk to and work with our children on the issues of guns.

There are many wonderful groups, such as Moms Demand Action, that are pushing for gun-control laws and common sense regulations. But I believe that as the anti-drug, anti-smoking, and anti-drinking advocacy campaigns have done, we must enlist parents and teachers in structured advocacy campaigns and home-based discussions in order to take on gun violence effectively. We are, or should be, our children’s strongest influencers; we are the voice they hear, even if our children don’t always obey.

As the refrain in Sondheim’s song goes, “they will listen, and they will learn,” so we should use that opportunity to teach them how to be safe, curb gun violence, and stop the needless deaths.

-Dawn Comer Jefferson is an Emmy-nominated television writer. Her freelance articles have appeared in Working Mother, Fit Pregnancy and HealthQuest Magazine. She is co-author of the parenting book, Three Ring Circus: How Real Couples Balance Marriage, Work & Family, and the historical children’s fiction series, The Promise. From The Guardian | Lois Beckett
Guns

A new, as yet unpublished, Harvard/Northeastern survey shows that half of the guns in the U.S. are owned by just three percent of American adults. According to... 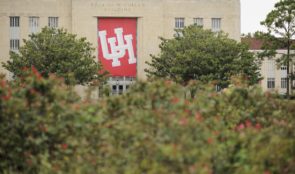 College life has long been seen as a prelude to becoming a full-fledged adult, a time to practice being on one's own while enjoying the...
Load more