Hillary Clinton delivered an “impassioned defense” of a woman’s right to reproductive autonomy at last night’s presidential debate, says Christina Cauterucci, making it clear just how far she was prepared to go: “I will defend Planned Parenthood. I will defend Roe v. Wade, and I will defend women’s rights to make their own health care decisions,” Clinton said.

“This isn’t a theoretical situation that concerns some unknowable group of people, some demographic entity. This is about women, about us. It’s one of the major differences between this presidential election cycle and every other one.”

Donald Trump, meanwhile, “seemed to confuse partial-birth abortions with Cesarean sections,” notes Cauterucci, and to completely misunderstand how an abortion procedure actually works. All the more reason, she argues, for women to make intimate, private health care decisions with their doctors rather than with male politician who “aren’t sure how babies exit the human body.” 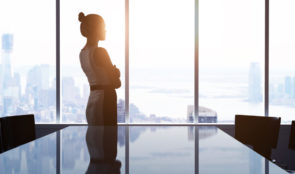