On Monday afternoon, thousands, in solidarity with Saturday’s Women’s March on Washington, marched in the snow to the State Capitol in Salt Lake City, reports Kimberly Lawson, with many women donning pink “pussy hats” and men and babies” filling the upper level balconies and rotunda for the Women’s March on the Utah State Capitol.

Because “Utah and the Mormon Church were very instrumental in killing the Equal Rights Amendment, in its original go-round,” Kate Kelly, event organizer and member of Utah Women Unite told Broadly, “we thought it’d be appropriate for Utah to be instrumental in recreating the conversation and getting the momentum going again for the ERA.”

Waving signs calling for equal rights for all, action on climate change and the impeachment of President Trump, protestors descended on the capitol on the first day of the 2017 Utah state legislative session. “Physically showing up on the first day of the session sends a strong message that we’re here, that we’re paying attention…” said another member of Utah Women Unite, Lydia Ojuka.

After Rigged Election, Rigging Economy Next

On Friday, President Donald Trump signed an executive order that will allow Republicans to dismantle the Dodd-Frank Act, which was instituted by President Obama...
From Vox | Caroline Framke
TV/Film/Theater 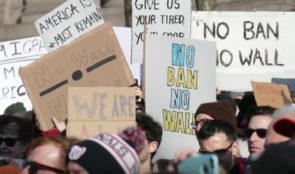 From The Washington Post | Perry Stein & David A. Fahrenthold
Resistance

In his first two weeks in office, Donald Trump looked to keep good on his campaign promise and create disruption in Washington. Now his opponents,...

Protesters Follow Trump Home
There will be no honeymoon
Resistance
From The Washington Post | Perry Stein & David A. Fahrenthold 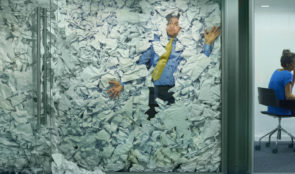 Not Getting Through To Congress? Fax Them!

How To Gum Up Trump Works

Obama Speaks Out Against Trump Ban

The Democratic Base Is Fired Up