The Internal Revenue Service will once again employ private debt-collection companies to recover overdue payments from hundreds of thousands of Americans who owe back taxes to the federal government. The IRS has handled the job itself for years, report Jessica Silver-Greenberg and Stacy Cowley.

Unlike IRS agents, outside debt-collection agencies can call delinquent taxpayers by telephone, which worries many consumer advocates. In fact, Pioneer Credit Recovery, one of the four companies hired, was fired two years ago by the Department of Education Department for misleading borrowers about their loans, which were made, according to the DOE, at “unacceptably high rates.”

“Consumer watchdogs are fearful that some of the nation’s most vulnerable taxpayers will be harassed and that criminals will take advantage of the system by phoning people and impersonating I.R.S. collectors,” says The Times.

Two prominent senators, Republican Chuck Grassley, of Iowa and Democrat Chuck Schumer of New York, the Democratic leader, have been a proponent of using private collectors for years. And Trump’s Treasury secretary, Steven T. Mnuchin, agrees that it “seems like a very obvious thing to do.”

But Nina E. Olson, who advocates on behalf of taxpayers, strongly believes the collection of federal tax debt is “a bad idea,” note Silver-Greenberg and Cowley, because it “disproportionately impacts low-income and other vulnerable taxpayers, and despite two attempts at making it work, the program has lost money both times, undermining the sole rationale for its existence.” 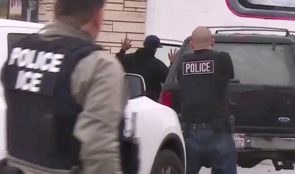 On Tuesday, Secretary of Defense James Mattis announced that he will enlist the help of a panel of experts to understand how President Trump’s...