The proverbial “rags to riches” story reinforces one of America’s most reliable narratives: one that assures us that “no matter who you are, what your parents do, or where you grow up, with enough education and hard work, you too can rise the economic ladder,” writes Rachel M. Cohen.

However, recent research challenges our national belief in America’s own exceptional form of meritocracy, including a 2014 study by Stanford’s Raj Chetty, which, for the first time, demonstrated the “direct relationship between a child’s earnings and that of their parents.

The study also showed that “the chances of a child growing up at the bottom of the national income distribution to ever one day reach the top actually varies greatly by geography,” says Cohen.

For example, researchers discovered that a poor child “raised in San Jose, or Salt Lake City, had a much greater chance of reaching the top than a poor child raised in Baltimore, or Charlotte,” Cohen notes.

A new paper by the UC Berkeley economist Jesse Rothstein takes this research one step further, challenging the belief that a quality education will inevitably lead to a better economic and social status in the future.

“He concludes that factors like higher minimum wages, the presence and strength of labor unions, and clear career pathways within local industries are likely to play more important roles in facilitating a poor child’s ability to rise up the economic ladder when they reach adulthood,” Cohen points out. Conservative Sex Ed Hinders Sexual Abuse Awareness
Children are not being taught how to deal with abuse, thanks to abstinence-only classes
Education
From Broadly | Kimberly Lawson 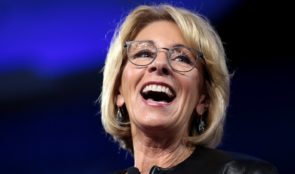 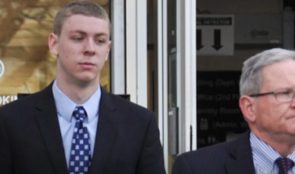 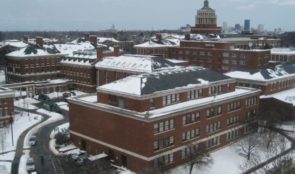 DeVos Is A Disaster For Young Women

Compares process put in place by Title IX to a kangaroo court.

From The Guardian | David Smith
Education

Betsy DeVos Is One Dangerous Woman

Betsy DeVos, America’s eleventh education secretary since the cabinet post was first created by Jimmy Carter in 1979, is a devout Christian committed to privatizing...
Load more