I am heartbroken and so fucking tired of writing pieces about gun violence and kids, teachers dying. I am tired of the bullshit from the NRA and those gun owners who care more about their right to own an assault weapon, than they do about American lives. If I hear one more false analogy to gun laws not working as they point to Chicago I am going to scream. As I hear the stupid narrative of trucks and cars kill people, heroin kills people, I am convinced of the power of the NRA to spread incoherent arguments with no basis in fact or critical thinking. And as for mental illness the facts are while some of the shooters have been mentally ill, it is not central to the phenomena of mass shootings.

This is a particularly interesting argument as it is used to suggest that laws don’t matter and there is nothing we can do to stop “crazy” people from doing harm.

And those that suggest that to do anything infringes on their right to bear arms are not listening and clearly aren’t capable of thinking.  The second amendment doesn’t say you can own any weapon of any kind to defend yourself.  You can’t have a damn tank, you can’t own a bomb and you shouldn’t be able to own a fucking AR-15. If you object to my language than stop reading.

I don’t buy that we have to accept this kind of existence, where gun rights matter more than lives.

We can make changes to make us all safer. How? It is actually really simple if the American people finally stand up and not sit down until it is done.

No other country in the world has this problem. Not a single one. To suggest that we can’t do anything or that Americans don’t want to do anything to bring common sense into this equation is bullshit.  From now to the next election we need to talk about this every day. We need to remind every politician that takes money from the NRA that they will not have our vote. We are the majority yet we let the minority lead this conversation with their lies and false equivalencies. Enough.

I am determined to act with the rage I know I would experience if one of my children or my husband was killed in Parkland, in Las Vegas, in Orlando, in Texas, in Colorado, in Newtown.

I want the parents, children, sisters, brothers, aunts, uncles, friends of those that have been slaughtered by angry men with guns to know that I, and we, are no longer willing to accept that this is what this nation is doomed to.

I refuse to believe that these rampant mass shooting are the price we have to pay for the Second Amendment. That is the NRA propaganda meant to instill fear in gun owners. No one is trying to take your handguns and hunting rifles away.  President Obama didn’t try to do it and the Democrats do not run on a platform of abolishing the Second Amendment. Facts must rule this conversation.

The fact that should scare us all is that the next shooting may kill one of our own, a daughter, a son, a father, a mother, a grandmother, a grandfather, a friend, a lover or you.

Jan Harrison is co-founder of Garnet News and founder of Aliiez.com 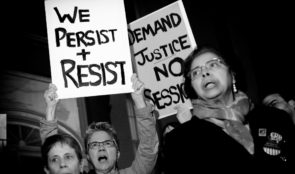 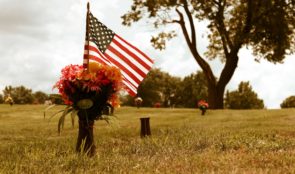 Our Silence Is Killing Us Republicans, the NRA and of course President Trump would have you believe that ISIS is the greatest threat to Americans.  It is a fallacy. The greatest... Don’t Support Gun Control? Blood Is On Your Hands