Friday’s conviction of former police officer Jason Van Dyke for the murder of Laquan McDonald may not bode well for Amber Guyger. She is the off-duty Dallas police officer who fatally shot St. Lucian native Botham Shem Jean on September 6 in his own apartment. The conviction of Van Dyke, the first of its kind in Chicago in several decades, signals a change. Police officers typically get away with killing Black men, often citing their fear for their life as the reason. This time it didn’t work.

She has been fired from the police department and charged with manslaughter.

The cases of Jason Van Dyke and Amber Guyger have hopefully opened the door for other white people to be held accountable in situations when claiming to be acting solely out of fear, they cause the death of a Black person. Lawyers for Van Dyke told the almost all-white jury that it was fear that drove him to fire 16 shots into the 17-year-old McDonald’s body; and Guyger’s statement to police suggests that she plans to use a similar fear defense, since she has already admitted that she was so afraid of Botham Shem Jean that she shot him almost on sight.

Why was she so quick to shoot to kill? Fear of Black men is the clear though most uncomfortable, answer.

It is hard to believe that Guyger, a trained officer, would have reacted in the same precipitous manner if instead of seeing what she described as Jean’s “large silhouette” as she entered the apartment, it was a woman 5 foot 2 inches tall that she encountered, and a female voice that rang out to her in the night. When Jean suddenly heard his door open at 10 p.m., he likely called out to the intruder with the lilting drawl of a St. Lucian man, which undoubtedly marked him both as non-white and non-American. The marriage of Jean’s male appearance with the foreign tones in his voice is crucial since one of Guyger’s claims is that she could not fully see the person standing before her. But could she hear him? Could she hear that he was not a white man? Did that characteristic Caribbean accent cause Guyger to mark Jean’s body as black and thus as the intruder she says she feared him to be?

I can see why many will still conclude that the killing of Jean is just another tragic murder of an unarmed Black man by a white person who will never suffer any consequences. The tried and true defense of painting unarmed Black men as a threat has been so successful that it has led to acquittals or the lack of appropriate criminal charges for both police officers and ordinary citizens alike, in cases as distinct from one another as those involving the deaths of Trayvon Martin, Tamir Rice, Eric Garner, and Michael Brown. The main difference is that Amber Guyger’s trial will occur after the Van Dyke conviction. The fact that there will be justice for Laquan McDonald suggests that white people may no longer be able to defend their unwarranted aggression against Black people, in general, including innocent bystanders like Rekia Boyd, by simply calling forth the frightful specter that the Black man conjures up in the white imagination.

Botham Shem Jean and Laquan McDonald were killed because of a legal system that in the past has shielded white people from jail time for using deadly force against Black people with laws based on subjective fear like “Stand Your Ground” and a culture that teaches police officers that they should shoot first and ask questions never when it comes to Black men. But the devastating consequences for white people of living in a society suddenly no longer willing to accept that Black men are inherently a threat could not be made more evident by the jury’s stated disbelief of Van Dyke’s fear defense.

They found him guilty of second-degree murder and 16 counts of aggravated battery, which could effectively result in a life sentence for him.

Seen in this light, the charges and firing of Guyger seem to point to a dramatic shift moving forward in the kinds of consequences that will be meted out for officer-involved shootings of unarmed Black men. Amber Guyger is a 30-year-old white woman, a trusted member of law enforcement, but like Van Dyke, she nonetheless now finds herself to be the one charged with breaking the law. Though many would prefer to see Guyger face charges of murder, manslaughter is a serious crime that could result in a prison sentence of two to 20 years and/or a federal judgment against her that could require her to pay millions of dollars to the Jean family.

Our only hope for meaningful change is if law enforcement officers, and the broader public alike, experience jail time in cases where their racist fears and assumptions create fatal outcomes.

Racism is everyone’s problem, but it is up to white people to come up with solutions for eradicating their unfounded fear of Black people.  In the words of novelist  James Baldwin, “People who shut their eyes to reality simply invite their own destruction, and anyone who insists on remaining in a state of ignorance long after that innocence is dead turns himself into a monster.” Perhaps it was the gesture of Sen. Orrin Hatch (R-Utah) “shooing” away women sexual assault survivors and admonishing them to “grow up” in response to their... 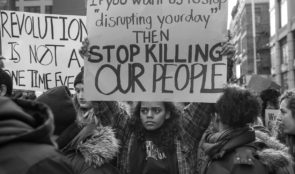 “Fear of Black Men” May No Longer Be A Defense

Friday's conviction of former police officer Jason Van Dyke for the murder of Laquan McDonald may not bode well for Amber Guyger. She is the off-duty... 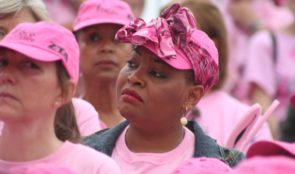 Sexual injustice is not only something women encounter in the workplace. It happens in the doctor’s office, too. What we have been recently hearing... 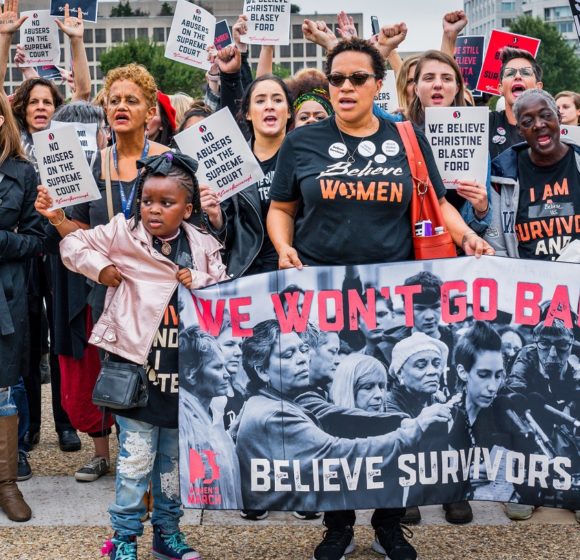 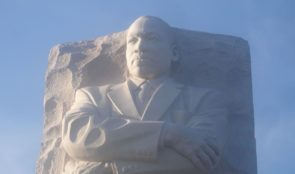 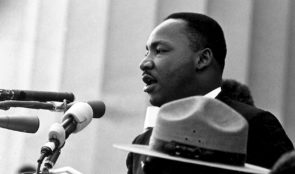 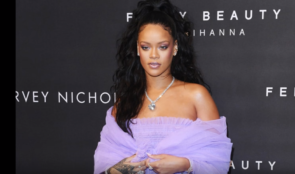 Those of us who write books for children and young adults understand that the “kidlit” industry has a special obligation to address challenges in...
Load more