A clueless panel of men including Chris Mathews, Lawrence O’Donnell, and Michael Steele interrupted a speech by Hillary Clinton to comment on her voice. Yes, her voice.  According to them, she doesn’t know how to use a microphone after all these years, and she needs to stop yelling. According to The Huffington Post they said the following: “‘One of the trickier things to teach people about public speaking is that the microphone works, you don’t have actually to yell,’ MSNBC’s Lawrence O’Donnell told “Hardball” host Chris Matthews, noting that “there’s a private version of Hillary Clinton that’s very winning and very charming, that’s because there’s no microphone.'”

Of course, they all denied they were saying it because she was a woman…    - Jan Harrison 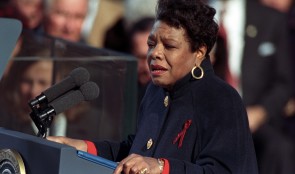 Erykah Badu Is Just So Wrong

Justice Scalia Was No Friend To Women

Justice Scalia's opinions on issues from abortion to sex discrimination in the workplace to equal rights to an education were notably not in favor of...
Load more