The nation is reeling from the racism exhibited by the protestors looking to “save” the statue of Robert E. Lee on the University of Virginia’s campus. They used the statue as an excuse to propagate their racist and anti-Semitic drivel. These Nazis, KKK and White nationalists contributed to the death of Heather Heyer who came to protest their hate.

Statues that honor the likes of Robert E. Lee or Stonewall Jackson who were traitors to this nation and defended a society built on slavery need to come down. If communities want to relocate them to museums where they can serve as a reminder of an ugly part of American history they can and should do that. If they just want to destroy them for they serve no honorable purpose that too is an option.

No matter where they end up, in an institution or in a pile of rubble doesn’t really matter - they just need to come down and come down immediately.

Should the statues that commemorate the work of Dr. J. Marion Sims also come down? My first reaction when I started to read the different stories relating to his work was horror. I had no problem believing that a white doctor in the 19th century would torture Black female slaves to further his medical knowledge.

In an attempt to get some background on Dr. J. Marion Sims, known in medical history as the “father of gynecology” I did some research and unexpectedly came upon a paper written in 2006 by Dr. L. Lewis Wall who is a professor of obstetrics and gynecology at Washington University in St. Louis. Wall has worked extensively with women who suffer from the condition that Sims was treating, obstetric vesicovaginal fistula and has spent a great deal of time in Africa helping women who suffer from the condition.

According to an article in the WUS’s The Source, Wall describes the magnitude of the problem; “’This is a desperate problem that has almost no resources devoted to it because people in the Western world are unaware that it exists,’ Wall says. ‘In Third World countries, there are probably 3 million women with unrepaired fistulas, and there are somewhere between 30,000 and 130,000 new cases each year in Africa alone.’”

Wall created The Worldwide Fistula Fund in 1995. According to their website,

Wall wrote a paper in 2006 about the charges that Sims performed surgery on Black female slaves without their permission and deliberately without anesthesia.

It is a strong and detailed denunciation of the attacks on Sims character using historical references and documentation and is an important piece to consider when one weighs in on this turbulent issue.

For instance regarding the accusation that he deliberately operated on Black women without anesthesia, yet used it on white women.

Why did Sims not use anaesthesia when carrying out these operations? Was he an “anaesthetic racist,” as has some authors allege? Vanessa Northington Gamble—for example, maintains that, in contrast to the way he treated slaves, Sims only operated on white women using anaesthesia.4 The chronology of events is extremely important here. Sims grew up as a surgeon in the days before anaesthetics and was accustomed, as were all of his contemporaries, to the pitfalls and requirements of preanaesthetic surgery. Durrenda Ojanuga writes: “He performed his first operation on a slave woman named Lucy. Lucy was operated on without anaesthetics as Sims was unaware of the advances which had been made in this area of medicine.”9 This statement is not true. Sims began his fistula operations on his enslaved patients in late 1845, before the anaesthetic properties of ether were known. Ether anaesthesia was not discovered and publicly demonstrated in Boston until October 16, 1846, nearly one year later.2

On the charge that Sims operated without consent, Wall quotes Sim’s contemporary description of what he did:

Sims gave numerous accounts of these early fistula operations during the course of his career, and, although they differ in some details, they all state quite plainly that he discussed what he proposed to do and obtained consent from the patients themselves before undertaking any operations. Writing in the New York Medical Gazette and Journal of Health in January, 1855—for example, Sims declared:

For this purpose [therapeutic surgical experimentation] I was fortunate in having three young healthy colored girls given to me by their owners in Alabama, I agreeing to perform no operation without the full consent of the patients, and never to perform any that would, in my judgment, jeopard life, or produce greater mischief on the injured organs — the owners agreeing to let me keep them (at my own expense) till I was thoroughly convinced whether the affection could be cured or not.21

If indeed these women were suffering from vesicovaginal fistula, there is no doubt that they just like any other woman would have wanted to do something about it.

Consider the following description of what it was like to be a woman with a vesicovaginal fistula in the mid‐19th century, given by Dr P M Kollock at the annual meeting of the Georgia State Medical Society in April, 1857:

The poor woman [with a vesicovaginal fistula] is now reduced to a condition of the most piteous description, compared with which, most of the other physical evils of life sink into utter insignificance. The urine passing into the vagina as soon as it is secreted, inflames and excoriates its mucous lining, covering it with calcareous depositions, and causing great suffering. It trickles constantly down her thighs, irritates the integument with its acrid qualities, keeps her clothing constantly soaked, and exhales without cessation its peculiar odour, insupportable to herself and those all around her.

In cases where the sloughing has been extensive, and the loss of substance of the tissues great, and where neither palliative nor curable means have availed for the relief of the sufferer, she has been compelled to sit constantly on a chair, or stool, with a hole in the seat, through which the urine descends into a vessel beneath.19

There is no doubt that Black women have suffered at the hands of the medical community and still do as their feelings, opinions, and health are often discounted. More over Black women’s bodies have historically not belonged to them as they have been claimed and raped by the state and by white men. It may be that the statues of Sims should come down for just that reason. But as in all things, it is important to get the facts. What seemed like an easy piece of history to be outraged at may be far more complicated than originally deemed. 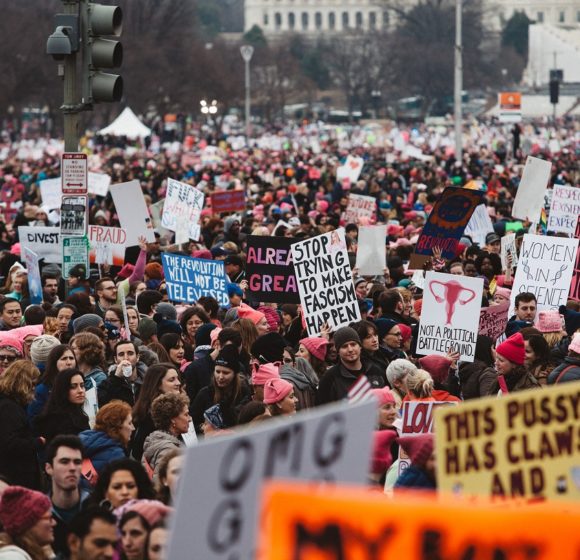 American Leaders Fear Our Greatest Strength
Seek to unravel the power of our diversity
US News
From Roll Call | Mary C. Curtis The backlash following civil rights advancements in this country has been primarily encouraged by a religious right claiming that such progress has come at... 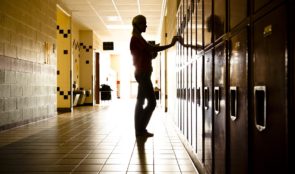 Nation Has Failed Our Children

Donald Trump has normalized the hating of the other.  His denigration of immigrants, Muslims and women has had consequences as now children around the...
Load more