Every day I prepare for the worst, because it’s my job.

It was my job when I pointed a fire extinguisher at a fire right outside my office building and squeezed. It was my job when I discussed with co-workers how best to contain the chemical fire hundreds of yards away from our Commencement exercises. And it was my job when my co-workers and I huddled in our boss’ office, nervous energy pounding through our bodies, while we called the police and a man tested the door knob to be sure it was locked.

Luckily, these situations were drills, not actual scenarios.

But I prepare for the worst, knowing that if it doesn’t happen here, at Dartmouth College, where I work, it will happen somewhere, like Santa Fe High School in Santa Fe, Tex., or Marjory Stoneman Douglas High School in Parkland, Fla.

This was never so clear to me as when two co-workers and I planned a surprise fire drill for the rest of the staff. After signifying the start of the drill, most people gathered in our designated area away from the building and were enjoying the sunny weather. After we de-briefed there, our department head got a call and left as the rest of us headed back towards our office. As soon as we returned, my supervisor called everyone into the conference room and told us there had been a shooting.

“Another drill?” someone asked. I was confused as well; this had not been part of our plan.

But it was not a drill; it was a real-life situation.

Less than three miles from campus at a hospital where many of Dartmouth’s medical students train and faculty practice, a patient had been shot and killed.

At first, though, rumors were flying that the shooting was occurring on the College’s main campus and that there were multiple shooters. Our team went into action, and I was glad we prepare for emergency situations. We learned valuable lessons that day, including how best to communicate with faculty and students who spend a significant amount of time at the hospital, but aren’t included in the hospital’s official communications vehicles.

A few months later, I facilitated an active shooter drill in my department with those same co-workers. I told the staff to expect the drill, but not when to expect it, so they were surprised when an air horn blast pierced the hallway, signifying a gunshot. I quickly ran to a nearby office, which had a solid, lockable door, along with several others. We closed and locked the door and called the police; they were expecting our call.

Even though we knew it was a drill, we were still scared.

We found out later that one of our colleagues got “caught” by the “shooter.” Our videographer had headphones on while editing a video and hadn’t heard the air horn. Focused on his work, he thought others’ quick motions as they passed his office were casual waves hello. By the time he realized what was happening, he was unable to get to an area with a locked door. He hid in his office, where he was easily discoverable by our “shooter,” who handed him a business card to signify that his participation in the drill was over.

For me, the drill was a rush, because I could finally put my training into practice and understand how I’d respond in an emergency. But some of my colleagues found the drill traumatic, as it hit too close to home after our own real-life shooting scare at the hospital. To be sure, drills can be traumatic, and I empathize with those who would rather not participate, but personally, I’d rather be prepared than perhaps freeze if the time comes.

Myself and dozens of others across the college in various departments plan for an active shooter situation knowing that if it doesn’t happen here, it will happen somewhere. Hopefully, wherever it does happen, the people there have been preparing too.

Every time I hear of a school shooting on the news, I hold my breath as I wait to hear if it is one of my own former schools, or one of the schools for which I previously worked.

And even though that hasn’t happened yet, I know that school means something to someone, and that nothing will ever be the same there.

After confirming that a shooting didn’t occur at one of “my schools,” I put my feelings aside while collecting social media and website posts from the institution both during and after the event as examples of what Dartmouth could do if faced with a similar situation. My folder of disasters grows every few days, because no real action has been taken despite tragedy after tragedy that destroys community after community.

I really hope I do all this work for nothing—that my materials stay dusty on their shelves, and the knowledge of what to do in a hostile intruder situation stays unused and tucked away in a forgotten corner of my colleagues’ minds. But for now, I’ll just keep preparing for the worst.

Julie Bonette is a media relations officer at Dartmouth College and a Public Voices Fellow with the Op-Ed Project. 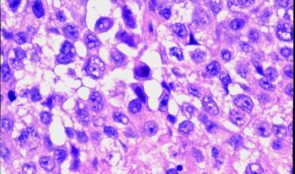 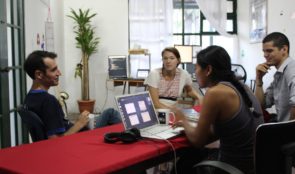 Kids Take the Stage
As those is in power do what they have always done - nothing
Guns
From Roll Call | Mary C. Curtis A Challenge To Stand Up To The NRA When I became eligible to vote, I wondered what for? As a young woman of color, I didn’t connect the dots between my daily life... Why A New US Missile is the Start of a New Arms Race Since their invention in the mid-20th century, nuclear weapons have been a...
Load more