We needed the insulation.

Nearly 30 million Americans and 18 million Brits  took a pause from real life to soak in the  pageantry that the British execute with perfection and the new American Duchess of Sussex infused with her own sense of style. The ceremony has earned more than 3.2 million views on YouTube worldwide.

The wedding images provided a stark contrast from a day earlier when 17-year-old Dimitrous Pagoutzis entered a first period art class in Santa Fe, Texas. dressed in a trenchcoat and armed with a sawed-off shotgun and revolver.

The timely juxtaposition of both events is jarring.

Despite the gruesome events of Friday in this country, Americans seemed more interested in tuning in for the royal wedding than dwelling on yet another school shooting. Despite the nation’s support of common sense gun laws, perhaps Americans are tired of seeing children murdered,  schools under siege and the continued power of the NRA resulting in little change in government policies.

The turning of Americans’ attention away from a tragedy to the royal wedding festivities provided a natural coping mechanism for the ugly realities facing our nation.

Science tells us that numbing ourselves to the pain is a protective instinct; In the face of horrific news, our central nervous system shuts down. Events and thoughts that overwhelm us emotionally or neurologically cause us to go into shock.

The barrage of bad news in a super-connected digital world is only part of the problem of how technology and information affect us negatively.

While most people feel that the increase in digital technology is a good thing, 32 percent of people surveyed by the Pew Research Center said digital progress would do more to harm than help in the next decade.  As cyclical news of school shootings fill our screens, we can start to feel more and more anxious and distressed.

I graduated from high school in 1999, the same year as the tragic mass shooting at Columbine High School, and I still remember watching the news coverage that day in class. Our teachers turned on the TVs and we huddled around them together, shocked at the day’s events.

In 2012, I served as the Program Director of Readers 2 Leaders, an educational nonprofit in Dallas that serves elementary-age students with reading tutoring and support. The Sandy Hook shooting that year resonated deeply with me. I thought about the children in our after-school programs and the fact that children exactly the same ages had died due to gun violence. I could not fathom the pain and horror the Sandy Hook teachers and children must have felt that day.

Tragically, the narrative surrounding recent school shootings is all too familiar, and it is far too easy to become desensitized. Calls for thoughts and prayers, while well-intentioned, does not move the needle when it comes to enacting policies that help protect America’s children. No parent should have to fear sending their child to school every day.

According to reports, 2018 is unusually deadly in U.S. schools, with three times the number of killings compared to 2017. According to The Washington Post, there have been, to date, 29 deaths in 16 shooting incidents in 2018 in U.S. schools.

So the royal wedding ceremony was an invitation to escape.  Some of us may have felt a small tinge of guilt while tuning in to enjoy the nuptials, but seeking to find temporary respite is not denial; it can serve as relief from the daily onslaught of negative news.

For many the wedding represented Britain’s movement toward a celebration of diversity, inclusion, and a powerful reminder of love. Presiding bishop of the American Episcopal Church, the Reverend Michael Curry, delivered a transformative sermon, “The Power of Love,” on themes of social justice, referenced the words of the Rev. Dr. Martin Luther King, Jr., and called to mind the songs of slaves from the U.S. antebellum south.

The Kingdom Choir led by Karen Gibson, brought U. S. gospel music to St. George’s Chapel, with a truly moving version of Ben E. King’s “Stand By Me.” Toward the end of the service, a remarkable 19-year old, black cellist Sheku Kanneh-Mason, performed with grace.

He is just two years older than the Santa Fe shooter thousands of miles away.

Sadly, the shooting at Santa Fe won’t be the last. If and when the next shooting happens, many will possibly look to turn off the tragedy’s updates and retreat into a happier, more neutral space, whatever that may be.

The Reverend Martin Luther King Jr. stated, “I believe that unarmed truth and unconditional love will have the final word in reality.“ Perhaps one day, the adoption of common sense gun policies will give us fewer opportunities for the need to retreat.

Norma Nelson is the Executive Director of Readers 2 Leaders, a non-profit organization focused on childhood literacy in Dallas, Texas. She is a Public Voices Fellow through The OpEd Project. 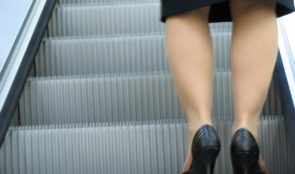 How Many Women Graduate Knowing What They Face?
The inequities in the workplace may be a harsh wake-up call
Feminism
Garnet News | Jessica Brown

A Lesson In How To Fail

The morning was warm and sunny, warmer than usual for an October Saturday in Chicago, and perfect for playing tennis. I was dropping my 11-year-old daughter...
Garnet News | Kristin O’Rourke
Entertainment

Ocean’s 8 took top place at the box office on its opening weekend. With an ensemble cast of eight female actors and performers, the film appears...
Load more