Supposedly, America is due for a recession. Maybe even a little overdue.

Jamie Dimon, CEO of JP Morgan Chase Bank, joked during a 2010 congressional inquiry into the near-collapse of the financial services industry in 2008 that a recession was simply something that happens to the economy every five to seven years.

If he was right, maybe we are “due.” It’s been nearly a decade since the last one.

My research shows that although the economy is a complicated machine, how we feel about it is often very simple. And we frequently misunderstand it.

The bottom line is, consumers retain (and routinely exercise) the power to drive the economy up or down, purely on the strength of their opinions. If they grow pessimistic about the economy, there can be a slowdown, even if this pessimism isn’t based on actual shifts in the fundamentals of the economy.Crashes in institutions, such as the stock market, then transform into wide-spread unemployment, as people stop spending and purchasing confidently.

December, with the holiday consumer rush, is typically a great month for stocks. But this year started out rocky. December will cap off an unpredictable and rough autumn for the market. On September 20, the Standard & Poor’s 500-stock index was up 9.6 percent since the beginning of 2018, but by Thanksgiving week, all of those gains were gone, marking the worst two months for U.S. stocks in seven years. The five-day downhill plunge in early October was the longest downward slide since 2016. Yet, this is not the first time, or even the second, that stocks plummeted in the last 24 months.

In March, the S&P 500 had its best day in three years. Surprisingly, this rally came three days after its worst week in two years. In February, the Dow experienced the largest point decline in history. Overall, to anyone watching, the market has been strikingly volatile throughout 2017 and 2018.

Any one of the half-dozen stock market dives of the last two years could have created a recession. After all, market crashes created recessions in the past. The 2001 recession was heralded by the decline of tech stocks. The Great Depression was caused by one of the largest stock price declines in history.

A recession would most likely mean a prolonged rise in unemployment and declining wages for workers. During the Great Recession, unemployment peaked at 10.0% in October 2009, the highest unemployment rate since the 1980’s.

So, when will the market stop being simply ‘volatile’ without consequence, and instead trigger the next recession? The answer: whenever Americans decide it should.

On March 25, 1929, the stock market began a plunge into depression, but crisis was averted by an offering of $25 million in credit by Charles Mitchell of National City Bank, not only because of the credit injection, but because it calmed consumer panic. Two months later, General Motors Co-Founder William Durant proclaimed there was no reason to worry about volatility – everything would be okay, as long as everyone continued to believe. But five months later, in October, the market tumbled. Durant tried to halt the crash with a massive stock purchase, hoping to revive confidence, but it didn’t work. By 1936, Durant was bankrupt and the Great Depression was in full force.

The connection between confidence and the market isn’t just a relic from the days of ticker tape and speakeasies. Research by computer scientist Johan Bollen and colleagues at the University of Indiana revealed in 2010 that the public mood of Twitter on any given day can predict what the stock market will do next.

As the man at the top of the U.S. federal government, President Donald Trump frequently gets the blame for both rising and falling stock prices. In October, the decline was credited to concerns about tariffs and the trade war. In June, deregulation was credited with sending the market into overdrive.The plunge in February was attributed to a Trump Correction – a price adjustment necessary because the market may have been artificially driven up by an overestimation of how much economic growth his administration would create.

Yet, the evidence of Trump’s impact on the market is mixed. The president doesn’t appear to have done much good for stocks that arguably should have benefited from his policies, such as coal stocks and companies with stiff import competition (such as energy companies like Exxon Mobil). However, stocks that are not directly related to policy, such as hotel and health insurance stocks, seem to have done rather well.

So, is POTUS good for the economy? He is – if consumers think he is.  In October, U.S. consumer confidence hit an 18-year high. Trump is good for the market as long as we believe he is the pro-corporation, entrepreneurial-spirited, business president.

This is not to suggest markets don’t respond to real and tangible changes in the economy; they absolutely do. But, while the administration’s policies may contribute to the market’s volatility, as long as consumers and business leaders believe his laissez-faire approach to regulation and oversight are good for profits, any such volatility may continue to be just blips on the radar.

As the final quarter of 2018 comes to a close, Americans may continue their economic optimism, even as the S & P 500 is on a path for the worst December since 2002. But, November’s drop in consumer confidence suggests that doubt has begun to seep in.

If Americans collectively decide that all this volatility is the harbinger of something worse, the economy might just prove us right.

Beth Redbird is an Assistant Professor of Sociology at Northwestern University and a Research Fellow at the Institute for Policy Research. She is a Public Voices Fellow through The OpEd Project. 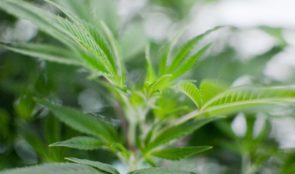 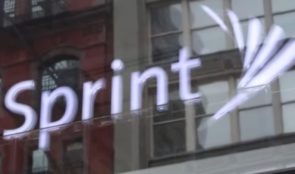 Donald Trump presumes he's a tastemaker. The truth is, the companies he favors are the ones he's done business with. It's nepotism in its worst... Over One Million New Jobs!

Since the end of last year, the economy has added over 1.3 million new jobs.  This past month the number was far higher than...
Load more